Glastonbury Holiday Homes is situated in the heart of this vibrant and historical town. Right on our doorstep, you'll find all the facilities you'd expect in a town centre - and a lot more that are uniquely Glastonbury. The town has a thriving arts and "alternative" scene, and for more than 1000 years has been a spiritual centre for people of many beliefs. Glastonbury is a great place to simply enjoy the cafes, pubs and restaurants and to soak up the atmosphere. The town and surrounding area also has more than its fair share of world class visitor attractions, including:

The Chalice Well and Gardens
A peaceful retreat that is literally and figuratively at the heart of Glastonbury. Here you can sample water from the mysterious Chalice Well, said by some to have healing qualities. The gardens provide wonderful views of the Tor and the Somerset Levels.

Glastonbury Tor
The internationally famous landmark dominates Glastonbury and the surrounding Vale of Avalon. Steeped in mystery and legend, the Tor is owned and cared for the National Trust and is open to walkers all year round.

Glastonbury Abbey
Set in 37 acres of beautifully landscaped parkland, the Abbey stands on the site where legend says Joseph of Arimathea landed in the first century - a time when much of what is now the town was surrounded by water. The Holy Thorn, which grows in its grounds, is said to be descended from a tree formed from Joseph's staff. Legend also has it the King Arthur was buried in the Abbey. Nowadays, the Abbey offers a new Visitor Centre, award-winning museum and children's area.

Walking around Glastonbury
The town is an ideal base for exploring on foot - with most attractions accessible by road or footpath. Glastonbury Tor is surrounded by ancient pathways, all still open to walkers, and from various points in the town there are magnificent views over to Wells, the Mendips and the Somerset Levels.

Read about Glastonbury Moors and Wildlife 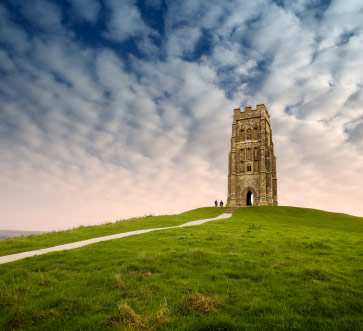 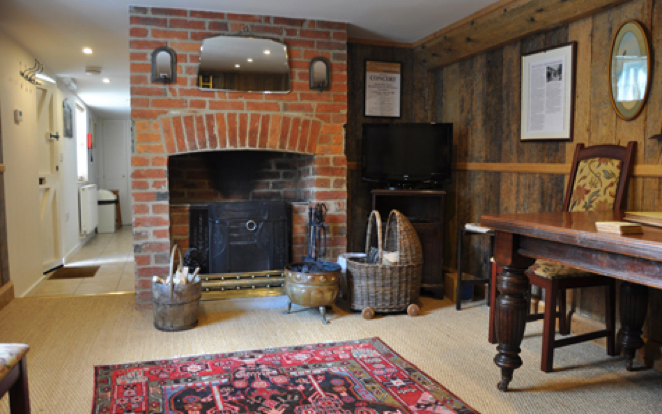 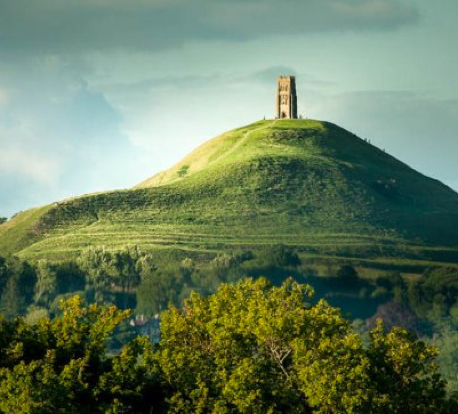